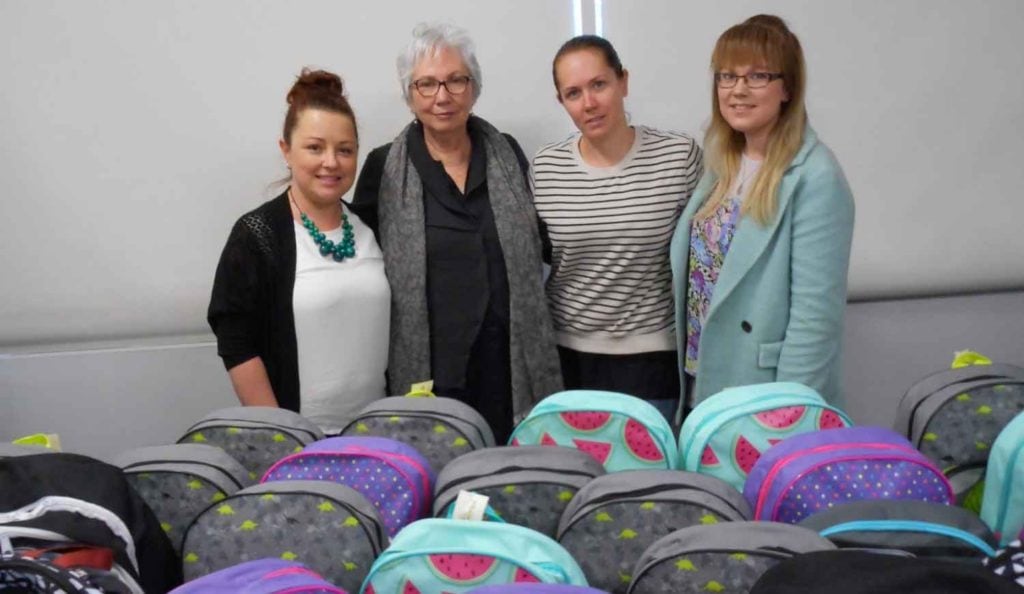 Sometimes, for various reasons, a child has to be taken into emergency care. When this happens, the Department for Child Protection and Family Support moves quite swiftly, and often there is no time for a child to pack clothes and belongings to take with them.

Belmont resident Erin Tan seeing the need, came up with the idea of providing what she calls a sunshine pack: a backpack specially designed for children who suddenly find themselves moved into emergency care.

Each sunshine pack contains special comforts like pyjamas, socks, a toothbrush and a soft toy, to get a child through the first 24 to 48 hours of a placement.

“Foundations Care is the first organisation we’ve provided them to, which is exciting for us,

and the packs themselves are full of new things – they’re not pulled out of a box of second-hand stuff. Everyone loves getting new stuff. It’s so exciting, and fresh and new.” Leah said.

Operation Sunshine all began when Leah invited her friends on social media to contribute to a Christmas present drive for children in out-of-home care.

“I just said to my friends on Facebook, ‘Anyone wanna donate a present also?’ and the response was quite overwhelming’,” she said. “I ended up having to set up a Facebook page, separate from mine, just to organise all the Christmas presents. People I didn’t know from a bar of soap were putting money in my bank account, and asking me to buy presents for these kids.”

Leah realised the potential of people’s eagerness to donate to help kids and began to put together a committee of six friends and started Operation Sunshine.

“We don’t see ourselves as supporting children in care, because the foster carers and various service providers do that. Instead, the charity works to provide things beyond the necessities, in an attempt to minimise the sense of displacement, and the isolation, that comes with going into out-of-home care. Our catchphrase is ‘We make children happy when their skies are grey.”

Leah and Erin assembled the packs in Erin’s living room, with the help of Erin’s three-year-old daughter. Erin explained that they were for kids who don’t have their mummies and daddies around, and she was helping. She was really excited about putting all the teddies in the bags.

The first Sunshine packs were assembled with funds raised from a sausage sizzle.

And now the organisation is able to fundraise and accept charitable donations, it has plans for many more.

Leah stated that after raising funds, Operation Sunshine’s biggest challenge was getting people to understand what happened when children were placed in out-of-home care.

Anyone interested in finding out more about Operation Sunshine can go to www.operationsunshinewa.org

Back to latest news

This week we celebrate National Carer’s Week! We

Our foster carers are everyday people like you. And with the support of our experienced team, you too can make a positive difference in a child or young person’s life.

Perhaps you’ve been thinking about becoming a foster carer for some time. Now is the time to act and make a real difference to the life of a child.

1. One of our friendly staff will call you.
2. We’ll answer your questions and guide you through the applications process. Easy!
3. Friendly and jargon-free communications at all times.

Becoming a foster carer will be one the biggest achievements in your life, and make an amazing difference to the life of a child.